November Home Sales on the Rise 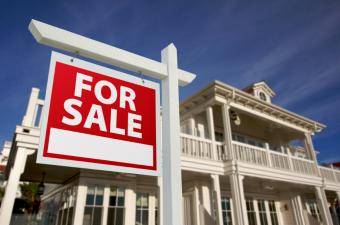 That assessment, however, is coming off of lower sales numbers than previously thought, reflecting revisions to NARs data going back to 2007. The trade group has adjusted sales and inventory figures for the last four years downward by 14.3 percent, signaling the housing crisis has run even deeper that earlier assumptions.

NARs latest monthly report shows sales of previously owned homes increased 4.0 percent to an annual rate of 4.42 million in November from 4.25 million in October, and are 12.2 percent above the 3.94 million-unit pace in November 2010.

Total housing inventory at the end of November fell 5.8 percent to 2.58 million existing homes available for sale, which represents a 7.0-month supply at the current sales pace, down from a 7.7-month supply in October.

The national median existing-home price was $164,200 in November, down 3.5 percent from a year ago.

Although re-benchmarking resulted in lower adjustments to several years of home sales data, NAR says the month-to-month characterization of market conditions did not change.

Sales reached the highest mark in 10 months and are 34 percent above the cyclical low point in mid-2010, Yun said. Weve seen healthy gains in contract activity, so it looks like more people are realizing the great opportunity that exists in todays market for buyers with long-term plans.

NAR also stressed that there were no revisions to home prices or months supply.

Good News in the Housing Market!

Sales of previously owned homes got an unexpected boost last month while the number of homes on the market continued to decline, according to data released Monday by the National Association of Realtors (NAR).

The trade group recorded a 1.4 percent month-over-month increase in existing-home sales in October, pushing the annual rate of sales to 4.97 million. NARs latest reading is 13.5 percent above the 4.38 million-unit sales pace in October 2010.

Housing inventory fell 2.2 percent to 3.33 million existing homes available for sale as of the end of October, which represents an 8.0-month supply.

Thats down from an 8.3-month supply in September. NAR says the housing supply has been trending gradually down since setting a record of 4.58 million in July 2008.

Distressed homes foreclosed REOs and short sales slipped to 28 percent of Octobers transactions, down from 30 percent in September. They were 34 percent in October 2010.

Market analysts were expecting up to a 3 percent drop in overall existing-home sales between September and October. Forecasts ranged between an annual rate of 4.76 million and 4.80 million.

According to NAR, October home sales should have risen higher than the 1.4 percent the trade group recorded.

According to Lawrence Yun, NARs chief economist, contract failures reported by Realtors jumped to 33 percent in October from 18 percent in September. Only 8 percent of contracts fell through in October of last year.

A higher rate of contract failures has held back a sales recovery, Yun said. Home sales have been stuck in a narrow range despite several improving factors that generally lead to higher home sales such as job creation, rising rents, and high affordability conditions. Many people who are attempting to buy homes are thwarted in the process.

NARs report shows the national median existing-home price was $162,500 in October, which is 4.7 percent below October 2010.

Yun adds that extending credit to responsible investors would help to absorb distressed inventory at an even faster pace, which he says would go a long way toward restoring market balance.